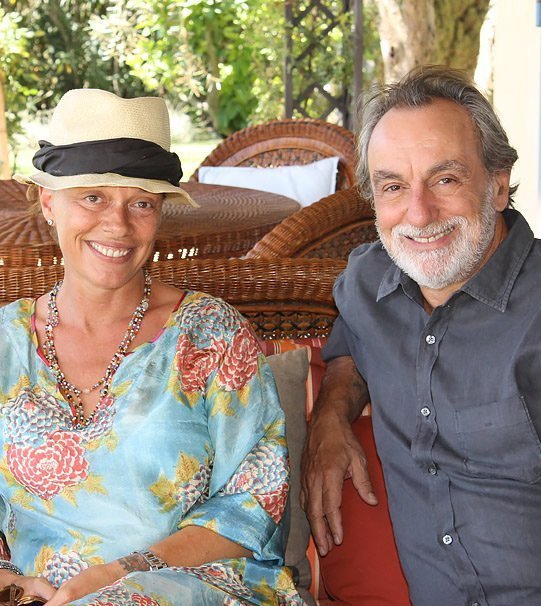 The Scovaventi Farm was founded in 2015, but everything started years earlier, when Luca De Filippo and Carolina Rosi purchased a property in the countryside near Man- ciano with the idea of making it their buen retiro between one theatrical tour and another. In love with the countryside, and both expert gourmet, they set about improving the foundations, restoring the farmhouse and preparing conserves of the products that their vegetable garden produced in abundance, above all tomatoes. Their seeds, paying homage to their respective origins, come mostly from the Campania region, in particular from the Sorrento peninsula.
Much appreciated by their friends, these conserves started to make themselves known beyond their restricted circle. On the insistence of Matteo – Luca’s firstborn son, who runs the laboratory/restaurant L’Artesano de la Pasta with his partner Chiara Guberti in Madrid – the Scovaventi tomatoes became among the most requested delicacies.
Olive oil is however the great passion of the De Filippo’s. This passion took them to purchase other olive groves in the vicinity of the property, in a similar terroir but growing other indigenous varieties in order to develop a production destined no longer only for family consumption or gifts for friends, but for sale on the market. This is the reason for the birth of the Scovaventi Farm, the historical name of the homestead. Luca and Carolina invest the same energies and love in it as they do in their shows that they perform at the theatre.

From an initial 200 plants, Scovaventi expanded up to include 2.130, extending in an orderly manner over the more than 34 hectares dedicated to olive growing. A few fields had been abandoned, and it was necessary get them back into order, but the majority needed the substantial work that precedes the harvest to be continued: pruning, cleaning of the soil, mowing the grass, a light plowing that must not compromise the makeup of the soils, (some of which are on slopes) having at heart the need to not alter the hydrogeological balance.
At the moment the cultivation is made up of Cipressino, and Caninese (typical of the Maremma region) as well as Leccino, Raggiolo, Moraiolo and Pendolino.
Luca had the idea for the name Ostro. A name dear to seafaring people, the name of the wind that blows from the South and fills the sails to reach home, and that goes curiously well with both the name of the estate and its nearness to the sea. Given that the olive is an anemophilous plant, which loves the wind, and is pollinated by it, this name seems to announce the arrival of a vital breath to the undulating Scovaventi fields, thick with aromas and scents that will confer their special qualities to the fruits. In harmony with that intuition, Carolina wanted to transform the initial passion into the company’s mission.
Practicing an agriculture that respects nature and does not resort to the use of synthetic chemical substances. With the same care Scovaventi produces a wildflower honey, organic cosmetics and high quality vegetables. 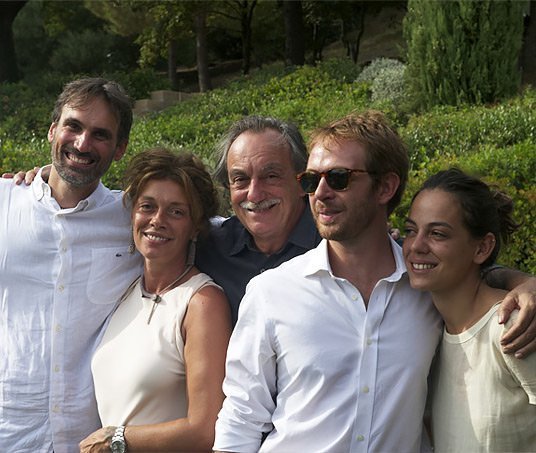 Luca De Filippo’s other sons also now work at Scovaventi. Tommaso, an architect, for the extension of the company and for designing the building destined for production, sale and reception; Luisa dedicates herself to welcoming the public and public relations. Tania Lattanzi is responsible for product placement and logistics. Raffaele Tuccimei takes care of shipping coordination; Raffaello Dami Consonni is an agricultural farmer and specialized beekeeper.
Finally, the agronomist Fiammetta Nizzi Grifi, one of the greatest experts in olive growing, looks after the part dealing with the countryside and production. All of these people take part in the creative evolution and the growth of the company and its products.

No wind is favorable for those
who do not know where to go,
but for us who know,
even a breeze will be precious.